Gustav Stickley and the

As I sit typing this from my own “stickley” Table, Lets discuss his influence on American culture and Furniture. Many people are familiar with the term “Craftsman” it invokes of bungalows and Historic neighborhoods, or maybe “Sears craftsman” But, how exactly did it become a movement in Art, Architecture, Design? One so ingrained in American society to be easily recognizable? 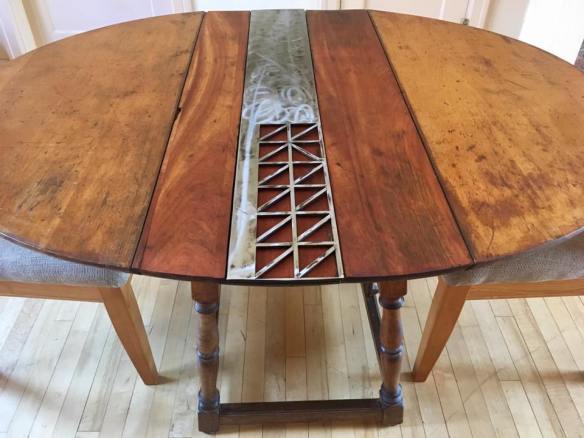 One man did much of the heavy lifting, borrowing from Morris’ British “Arts and Crafts” , Gustav Sickley designed and built fine furniture made by men, not machines. It was intentionally simple, the beauty was in the honesty of materials and joinery. the complexity in the materials and methods, not in “False adornment”. It was real, solid wood, with quality joinery and functional designs.

My very real Stickley table I found in an alley, that led me to instigate “Arts and Crafts”

Stickley  was also responsible for the publication of the iconic “American Craftsman” magazine which along with discussions on the current methods of wood and steel working, design trends and trade discussions. It also featured heavy political discussions of the day, he published works by Anarchist, Socialists and Libertarians. He saw a worker, as a craftsman who created a value and a beauty to society.

As Stickley was so am I committed to the honesty, and natural beauty of the materials, designs and workmanship. To Truly become an American Craftsman…Life is so short, the craft so long to learn…

Here is an excerpt from Wikipedia to fill in the blanks…

Stickley’s new furniture reflected his ideals of simplicity, honesty in construction, and truth to materials. Unadorned, plain surfaces were enlivened by the careful application of colorants so as not to obscure the grain of the wood and mortise and tenon joinery was exposed to emphasize the structural qualities of the works. Hammered metal hardware, in armor-bright polished iron or patinated copper emphasized the handmade qualities of furniture which was fabricated using both handworking techniques and modern woodworking machinery within Stickley’s Eastwood, New York, factory (now a part of Syracuse, New York). Dyed leather, canvas, terry cloth and other upholstery materials complemented the designs.

Those ideals – simplicity, honesty, truth – were reflected in his trademark, which includes the Flemish phrase Als Ik Kan inside a joiner’s compass. The phrase is generally translated ‘to the best of my ability.’

His firm’s work, both nostalgic in its evocation of handicraft and the pre-industrial era and proto-modern in its functional simplicity, was popularly referred to as being in the Mission style, though Stickley despised the term as misleading. In 1903 he changed the name of his company again, to the Craftsman Workshops, and began a concerted effort to market his works – by then including furniture as well as textiles, lighting, and metalwork – as Craftsman products. Ultimately, over 100 retailers across the United States represented the Craftsman Workshops.

One of my favorite things about making each piece individually by hand is how different and unique each piece really is. From the materials I am using, to the way I feel, and the designs that are in my head. Each piece is a truly unique experience, and a great way to watch the evolution is through the tiny tables. Let’s look back at the evolution of tiny tables. 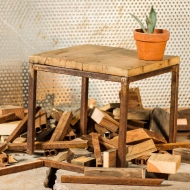 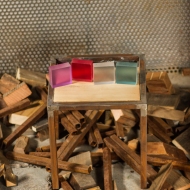 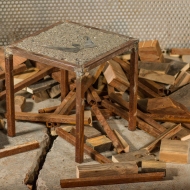 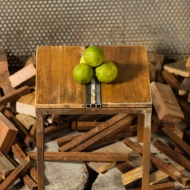 These are from the first series of Tiny Tables. Under the ZOO name, this was an original set of ten, built at The Hive Phoenix. Do you have one?

Series two Tiny Tables were slightly larger due to the barn wood I was using at the time. All steel was “Urban Foraged”.  There were originally five in this series, made under the ZOO label, and built at the Hive Phoenix.  Do you have one?

Series three was similar to series one, but were numbered 1-12.

Series four tiny tables were the first under the new ‘Industrial Craftsman Furniture” label, featured a stenciled W on the bottom and were part of a full collection called “Industrial Revolution”.  There were 3 of each piece in this collection, the first collection built at “the cottages”… 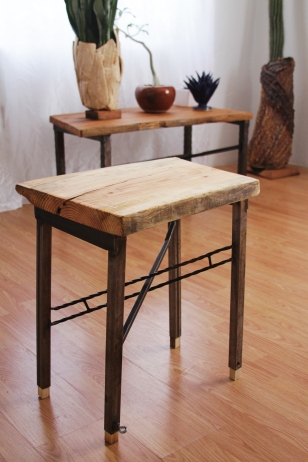 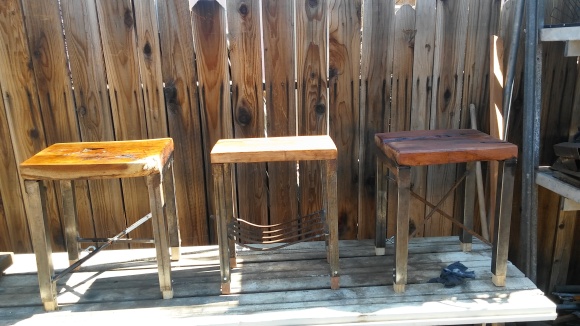 This series included 5 pieces and were cut offs from the patio tables I did for the Tempe Buttes Marriott. They were built at the cottages and were the first to feature a carved-W  signature instead of spray paint stencilled.

Two Tiny tables and a saw blade table I built In Ghent NY.

As you can see, over time my style has developed and changed. There are many more “Tiny tables” out there but I do not always get/keep photos. Do you have one? Post a photo.

Spring is a wonderful time in NY, the weather warms up, the flowers bloom…and stuff gets built. 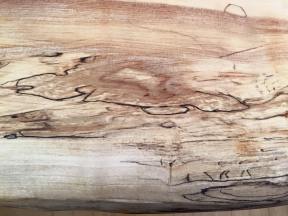 Rhinebeck is an adorable hamlet on the Hudson river about an hour and a half north of the city, it features colonial and gothic architecture, cute, bustling shops and an amazing Pilates studio.

I had the privilege of building the front desk for said amazing studio, in this charmed hamlet. It started with locally sourced, spalted Maple that was beautifully figured and had dark lines of “spalting”. Then, I added some birch Plywood to match the existing furniture. The final step was creating a “charging station” where students could leave their cell phones, while escaping into the Pilates peace of mind.

Love benches are the perfect spot to sit, reflect and enjoy.

Perfect for two love benches add a beautiful accent to any patio, entryway or porch. Love Benches come in many styles and wood choices and start at $300. to order a  Love bench select a photo, wood type and theme. E-mail me @ wilhem13@gmail.com 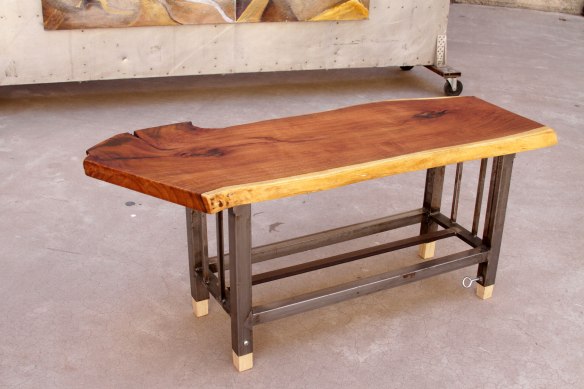 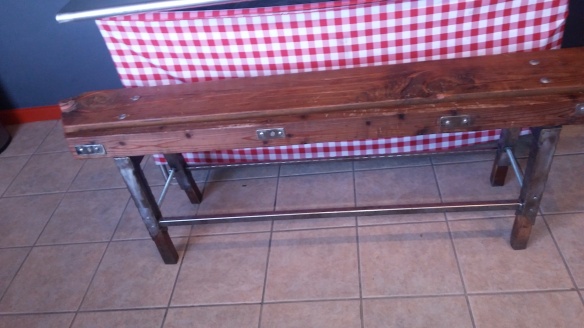 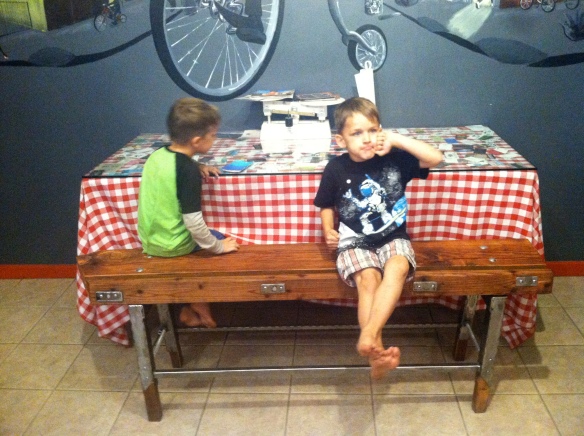 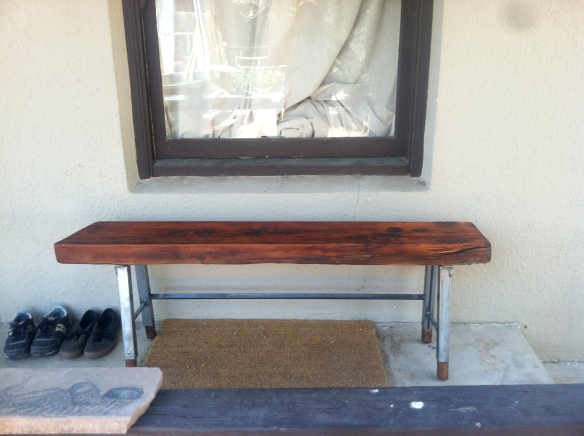 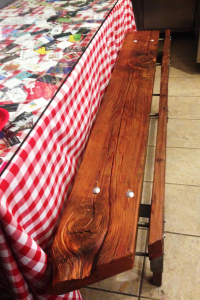 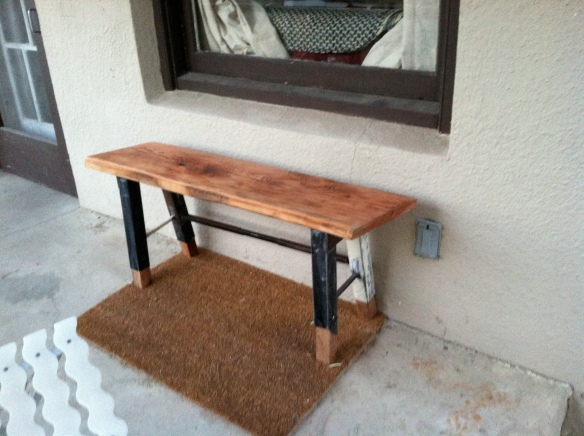 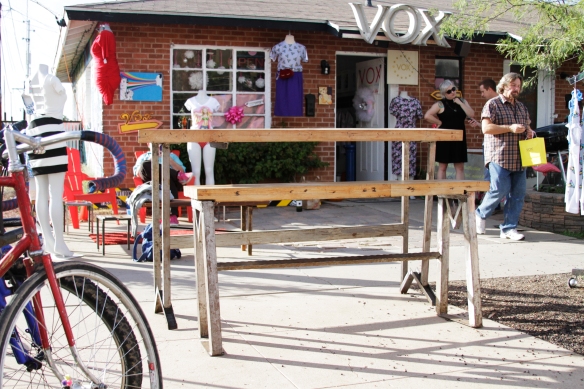 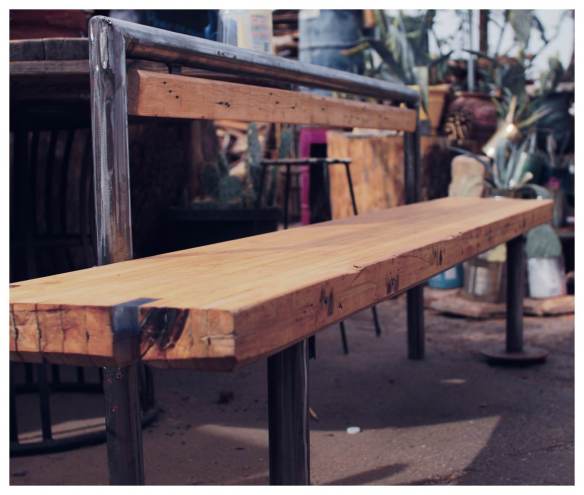 Dining table made of  ponderosa pine: It features a two piece live edge top, steel legs, cross braces, and wooden feet. It is a nice, thick slab of wood, solid, well built, and one of a kind. Completed with a natural finish of linseed oil and wax.